Teaser Tuesday: Opening scene from HOUSE OF PAYNE, out 8/25 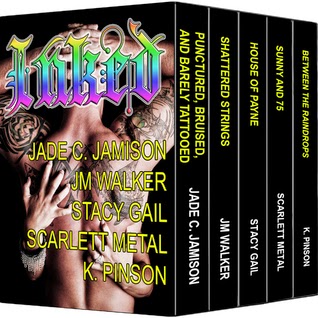 It’s Teaser Tuesday!  In less than two weeks, the INKED Anthology is scheduled to be released, so I thought it was time to introduce to you… Becks and Payne.  Enjoy this opening scene from my full-length novel, HOUSE OF PAYNE!

Sebastian Payne took the concept of a tattoo parlor and transformed it into a sophisticated gallery of living art. The House Of Payne now caters to the rich and infamous, has garnered a worldwide following, and is run by Sebastian with an iron fist. He knows Becks is exactly what The House Of Payne needs, but there’s a problem. The accident that changed her life left its mark on him as well, and whether he likes it or not, it’s time to put his House in order.