One Week To Go! 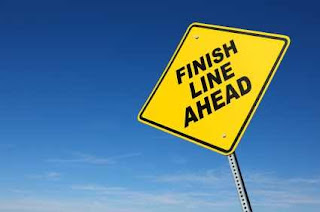 I can hardly believe that a week from today, UGLY DUCKLINGS FINISH FIRST is going to be released!  It’s the introduction of Bitterthorn, Texas, a small town with a big heart, where every person has a story and every smile holds a secret.  I can’t wait to share it with everyone!


Payton and Wiley’s story kicks it all off, and theirs is a relationship that’s been years in the making.  Payton, a certified genius, was ordered to tutor BMOC Wiley so he wouldn’t be benched for poor grades.  Payton had it rough in high school.  She’d skipped a couple of grades, so she wasn’t as developed as her peers *cough*flat-chested*cough*.  Add to that a thick pair of glasses and some braces, and you’ve got yourself a perfect target for every bully in town.


Wiley was Payton’s only friend and champion while growing up, an adolescent hero complete with blond hair and killer dimples.  Was it any wonder Payton secretly crushed on him?


But that was then, and this is now.  Payton is back in town for their ten-year high school reunion, and she's determined to show the town—and Wiley—that sometimes ugly ducklings really do grow into beautiful swans. 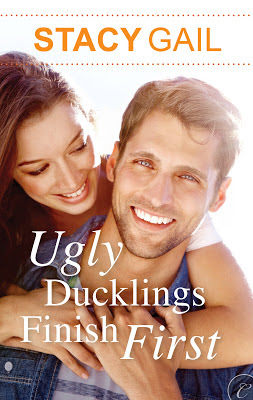 
The heavy pulse of music echoed off Bitterthorn High School’s locker-lined walls. A scattering of people dressed in suits and cocktail dresses milled outside the gymnasium, but the main action was through the double doors at the end of the hall. Straightening his tie one last time, Wiley Sharpe pushed through those doors and into his ten-year high school reunion, his attention razor sharp as it slashed over every face in the crowd.


Ready or not, here I come.


On the alert, Wiley turned just as a hand slapped against his shoulder and propelled him deeper into the noisy, dimly lit gymnasium.


“Holy cow, isn’t this amazing? A real blast from the past. How ya doin’, buddy?”


He turned to regard the smallish man with a weak chin and generous spare tire with zero recognition. His gaze flicked to the sticker slapped off-center on the man’s tweed jacket and read, Hi! My Name Is… “Tom Pattison.” Relaxing enough to smile, Wiley shook Tom’s hand and struggled to relate the pudgy, balding man with the memory of the scrawny kid he’d known a decade ago. “Wow. What a surprise.”


“You can say that again! Boy, I recognized you from the moment you walked through the door.”


“What have you been doing, sleeping in a time capsule?”


“Listen, I want you to meet the wife.” He wrapped an arm around the shoulders of a red-haired woman who so perfectly matched him in overall size and coloring Wiley couldn’t help but think of bookends. “Liz, this is Wiley Sharpe, former BMOC and all-around head jock of our little campus.”


Wiley offered a polite smile. “How do you—”


“You had your best game right here on this court, didn’t you?” Clearly lost in a glory-days fog, Tom scanned the crowded gymnasium. “Thirty points and some god-awful amount of rebounds, am I right?”


It was thirty-three points, ten assists and twelve rebounds, but Wiley merely shrugged. “It was a long time ago.”


“Hell, I remember it like it was yesterday.” Tom turned to his wife with a grin. “Honey, this is the guy I told you about. You know, the one who was voted most likely to get slapped with a paternity suit?”


“Oh, that’s right.” Liz smiled at Wiley with the renewed interest of a hungry woman sizing up a fresh piece of center-cut meat. “Has that happened yet?”


The loud blaring of music covered Wiley’s sigh. It was probably ridiculous to hope everyone had forgotten about that. “I’m happy to report it hasn’t.”


“Luckiest guy I’ve ever seen, if you know what I mean.” Tom guffawed, slapping Wiley on the back once more.


Smile screwed firmly in place, Wiley searched the room for an escape route.


“So, Coyote. What are you doing these days?”


Getting threatening emails, being harassed by crank calls, having my house covered with spray-paint. You know, the usual. “I’m a practicing family lawyer here in Bitterthorn, but I also teach part-time at UTSA.” He spotted a deputy placed discreetly near the entrance, no doubt Sheriff Berry’s ham-handed idea of staying on top of Wiley’s harassment case, and decided now was as good a time as any to make a break for it. “If you’ll excuse—”


“A lawyer? Did you say lawyer?” Tom’s face turned stoplight-red as he laughed hard enough to bring up a lung. “You? No way, you’ve gotta be kidding!”


Wiley’s smile vanished. Maybe trawling his high school reunion for crazy-ass stalkers was a bad idea, after all. “No, I’m not kidding.”


“Dude, no one’s going to believe that. Aren’t you the guy who didn’t get to graduate with the rest of the class?”


Wiley cleared his throat. “I received my diploma later that summer.”


“We all thought you’d never graduate. You had to have that brainy kid tutor you—you know, that weird little metal mouth. What was her name? It’s on the tip of my tongue.”


“Yeah, Payton Pruitt! She was like, eight when she graduated.”


“Actually she was fifteen.”


Tom waved this away as unimportant. “Remember how everyone ragged you about being taught by the Baby Brain? This poor friggin’ guy,” Tom confided to his wife, “had to be tutored through his junior and senior years by the nerdiest nerd to have ever nerded her way across God’s green earth, because the coach was paranoid about benching him for failing grades.”


“Take care.” As he slipped into the crowd, Wiley took a fortifying breath. Holy crap. If the rest of the evening was going to be that rough, he was in for one pisser of a night. But he had to stick it out. If he wanted answers to who the hell had it in for him—someone who knew he’d been called the Coyote back in the day—the reunion was the perfect place to start looking.


An hour later the gym was more packed than ever. The clash of perfumes, colognes and the scent of warm bodies meshed into an overheated musk that brought Wiley back to the dances of his youth. A couple of his old classmates whom he saw every day—the few who’d opted to stay in the small town of Bitterthorn, Texas—drifted by to ask after his latest case, a foreclosure that had everyone concerned. Already he’d danced with his first love, Karen Hobbs—now Karen Goldblatt—laughed with old teammates about locker-room shenanigans and passed the time with the school’s former principal. Friends he had forgotten he had surrounded him in every smiling face he saw.


Which was great, except for one small problem. He was even more stumped for answers now than when he’d first arrived.


Shit. Back to square one.


Wiley’s preoccupied gaze landed on a tall, dark-haired woman hovering close to the main doors, and the frustration of his fruitless search vanished as he took in the spectacular length of her legs. Apparently he wasn’t the only one who wasn’t having a great time, if her taut expression was anything to go by. Like him, she was scanning the crowds as if her life depended on it. She had one of those chic envelope purses under one slender arm, and her rose-colored halter dress clung to her frame like a jealous lover, underscoring her subtle curves with cool, unruffled elegance.


A corner of Wiley’s mouth lifted in pure male appreciation while the search for his stalker got jettisoned to the backseat. Unruffled was as good a description as any for this lady. All slicked down and polished up, she looked like she’d dropped out of a bandbox with not a single hair out of place. Hell, it was only human nature that his fingers itched to muss her up in every delicious way imaginable.


Before he got too far ahead of himself, Wiley flicked a quick glance at her long-fingered, delicate-looking hands. They revealed a couple glittering rings, but not one on the finger that would put her in the No Trespassing zone.


In a heartbeat, his smile shifted from appreciative to predatory.


She had to be somebody’s date, he concluded, not taking his eyes off her out of an irrational fear she’d vanish. Any man would want to have such a woman accompany him to a reunion. Or anywhere else for that matter, though preferably to a bed with lots of room to maneuver. She was the picture of sophistication, with a chin tilted at an angle just haughty enough to make him want to bug her. Poke her. Make her give up and give in even as she insisted he do the same.


Which, of course, he would.


She shifted her weight, and the subtle flare of her hip jutted out like a challenge. His attention lingered on that smooth line—the curve of her ass made his mouth water, and those traffic-stopping legs left bare and gleaming like living silk were so perfect they didn’t seem real. High-class usually equaled high-maintenance, but just one glance told him this looker would be worth it. More than worth it. A man who had such a woman in his life could only count himself as one lucky son of a gun.


A sensual tug resonated deep in his gut, a familiar reaction to a beautiful woman, but unfamiliar in its intensity. And he realized with an unnerving start that even if there had been a ring on her finger, it wouldn’t have mattered. He still would have noticed her. He still would have wanted to talk to her. To lean closer to see what color her eyes were. To breathe in her elusive scent. To sample the silken glide of her skin beneath his hand. And lips. And tongue.


He still would have desired her.


Wiley’s pulse paused when the woman’s hand crept to her throat. In a nervous gesture she couldn’t seem to restrain, she fiddled with a dainty gold chain that glittered beneath the hollow of her neck before she brought it to the slicked-up bow of her mouth.
Her mouth…
Wiley pushed his way through the milling crowd, his edgy restlessness forgotten under a wave of anticipation.


Tomorrow, I’ll post the second part of the chapter—Payton’s POV.  See you then!


For more on UGLY DUCKLINGS FINISH FIRST, please feel free to take a look at its Pinterest board.