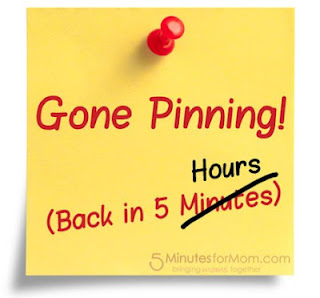 Hi.  My name is Stacy, and I have a problem.  A Pinterest problem, to be precise (<--ooh, nice alliteration! :D)  It's a problem I don't really want to get rid of.


My addiction began innocently enough, the way all addictions do.  One of my editors had a Pinterest account and she’d post pics of her favorite shoes, or recipes she was thinking about trying out.  It looked like fun, so I signed up.  Where’s the harm? I thought.  I like shoes and recipes.  No doubt I’ll play with this for a while and then forget all about it.

Then I discovered how useful this new social media platform is.  Let me ‘splain.


I’m an uber visual person.  Ever since Teh Interwebz began, I’ve collected various web sites and graphics/photos as research for my books.  I’d then place these bits of information/inspiration in a file marked “writing”.  But in the time before the mighty online cloud existed, this catch-all "writing" file was repeatedly wiped out whenever I’d have a computer die or have it replaced.  I became so desperate to hold onto these resources that I fell to emailing myself these important bits and pieces so I wouldn’t forget them.  But they’d be so scattered in my mailbox that they were lost anyway.  There had to be a better way.

Then Pinterest came along.  Suddenly, holding onto tiny scraps of information was a BREEZE.

I just completed another Art Fact Sheet from one of my publishers, Carina Press, for one of the four books I have contracted with them.  This fact sheet is really comprehensive.  It's a document made in Microsoft Word, and created for the fleet of cover artists CP employs to do their artwork.  These artists are very busy; they don’t have time to read the book that goes with the cover they’ve been assigned to work on.  But they still need to know what the hell the book’s about in order to create a cover that matches the story.  So, when doing an Art Fact Sheet, it’s up to the author to help their artist correctly depict the story/characters/theme of the book.

Settings and descriptions of the Hero/Heroine are incredibly easy now with Pinterest to help me.  For instance, NOBODY’S ANGEL (the first book in my Earth Angels series, releasing in January 2013) takes place in San Francisco.  Easy-peasy!  I just typed that city into the seach box and found thousands of pictures to choose from. 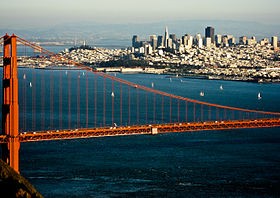 For the description of my masked, black-winged hero—a 21st-century descendant of the legendary Nephilim—all I had to do was send off a couple images I'd already collected on my Pinterest "NOBODY'S ANGEL" storyboard to show the artist what was in my head:


The heroine wasn’t nearly so complicated, but I still had a definite idea of what she looked like.  And I was able to find both her and the bizarre lights in the eyes of the possessed people she was seeing:


Just like that, filling out an Art Fact Sheet (a task that usually took DAYS), became a joy to do.  Better still, all those bits and pieces of ideas for books—those crazy fragments needed for plotlines that only made sense to me—are now pinned onto various boards so I know where they are.  I’m now organized, with all the resources I need literally at my fingertips, and it’s all because of Pinterest.

Though I admit, I still look at shoes and recipes far more than I should.


Come and see what my latest releases are all about on Pinterest: http://pinterest.com/stacygailauthor/