I’ve got a quick little excerpt from DANGEROUS ANGEL today to highlight how well Nikita and Kyle work together despite their obvious differences.  And, of course, there has to be a touch of Kyle’s insanity, because… well, that’s just how he is. :)  Enjoy! (18+ only, please.) 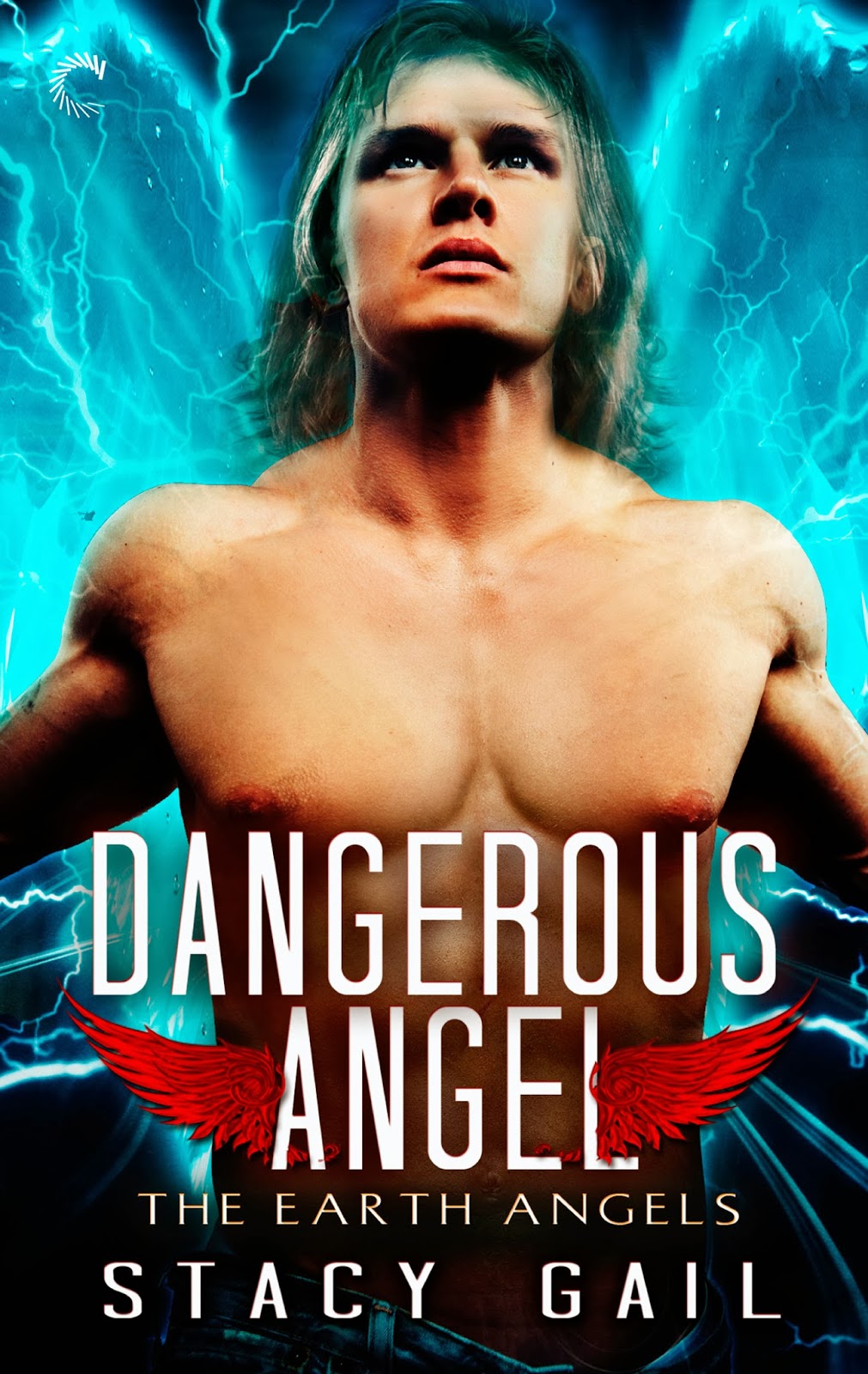 “You found something out, didn’t you, Nikita? You’re never in this good a mood.”
“What are you talking about? I was born chock-full of glitter and rainbows.” Nikita squinted against the sun and followed Kyle to where they’d left his dark cranberry-red muscle car, a ground-hugging tank that was as custom-made as her own SUV. While he didn’t have a steel grate separating the backseat from the front the way hers did, there was a heavy steel ring embedded into the backseat that hooked into the handcuffs his fugitives always wore. “But you’re right. As it happens, I did manage to find out your bail jumper is in all probability an iron-clad social climber, and she’s doing it the oldest way known to womankind.”
“You don’t say.”
She nodded. “Apparently her disappearance isn’t some ominous mystery to be solved. If you believe her roommate—and I have no reason to doubt her since she seems to have a thing about lying and liars—Bambi’s simply too busy entertaining a richer, younger sugar daddy to remember things like work and court dates.”
“That’ll break Dibby’s heart.” Kyle unlocked the car with the press of a button, then leaned against the hood. “The poor guy’s convinced he’s the number-one star in Bambi’s sky.”
“According to her roomie, Dibby was a distant second behind Floyd Hardy’s wayward son, Paul. Not only has little Paul got the bucks to bankroll the life Bambi wants to become accustomed to, but apparently he also likes it wild.”
“Who doesn’t?”
“Nothing wrong with a little kink every now and again.” She settled next to him, the sun-warmth of the car hood seeping through the flouncy material of her dress. “I also found an address in Bambi’s locker. It might not be anything, or it might be everything.”
“We won’t know until we check it out. Let’s have it.”
“I don’t think so.”
“What?” Maybe it was because he seemed so relaxed as he slouched against his car, but Nikita couldn’t stifle a little squeak when he suddenly moved so that he was face to face with her, propping his hands against the car’s hood on either side of her hips. He stood between her knees, their faces so close together the delicious threat of his breath feathered across her lips. With that sensual menace to her peace of mind hovering so near, her heart decided it was time to play out the Great Escape by knocking a hole through her chest. “Sorry, but I didn’t quite catch that. I could’ve sworn I just heard you say no. You didn’t tell me no, did you?”
Her brain had to be sun-fried. Having her personal space invaded should have filled her with indignation, not feverish excitement. “What if I did?”
“I thought we were working together on this one. Combining our resources, using teamwork. You know, like Sherlock and Watson, or Laverne and Shirley.”
“I don’t want to be Laverne, and have you noticed how close you are?”
“No one wants to be Laverne, she had bad posture and a funny accent. And nothing’s escaped my notice—especially that part about you telling me no.” He loomed closer still, until every breath was filled with the scent of him—like an exhilarating rush of fresh air after a wild storm. “Denying me like that for no good reason makes me want to spank you for being a bad girl. You don’t want me to spank you, do you, Nikita?”
Oh my God, yes. “Depends. Over the panties or bare-butt?”
“Bare-butt’s the only way to go.”
“This is so true.” It was nice they agreed on something.


(For another look at DANGEROUS ANGEL, please feel free to check out my Pinterest storyboards.)