A Day In The Life Of My Brain--or, The Voices! AHHHHHHH! 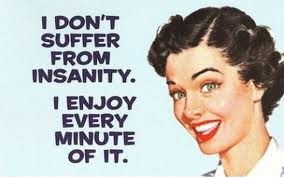 Ever wonder what goes on in a typical writer’s head?  Me too!  Because honestly, I have no freaking clue what it’s like to be typical.  Maybe it’s my perpetually loud/wild/crazy family, or maybe it’s those three concussions (I’M A GOOD FIGURE SKATER, DAMMIT!), but there are times when my writing comes about in a somewhat...er...bizarre way.


Every now and again, I get bullied by my characters.  O_o
Take Reina Vedette, for instance.  She’s the main character of HOW THE GLITCH SAVED CHRISTMAS, and she’s been poking at me for about two years now, right along with Edison.  Reina named herself early on—that’s how forceful her presence has been.  Reina = queen or queenly; Leonida = lioness, or the embodiment of ferocity; Vedette = sentry, or sentinel.  (Trust me—by the time I’m through with “The Glitch” series, all three names will make boatloads of sense.)


Edison was also a no-brainer.  One of my personal heroes is Thomas Edison, a man who embodied perseverance.  According to good ol’ Thomas, he’s the guy who didn’t fail 10,000 times while trying to invent the light bulb, but rather he found 10,000 ways of how a light bulb wouldn’t work.  Edison is a name that equals superhuman relentlessness to me, so when a character suddenly adopted that name and hung around with a smart mouth that didn’t know when to quit, I knew I had trouble on my hands. 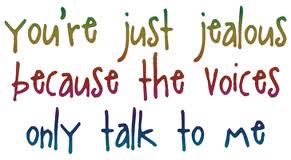 Are you weirded out yet that I have characters who name themselves?  It happens every so often with me.  That’s when I know they’re special.  But, uh, when they start talking to me…?  Yeah.  Maybe it's time for medication.


Reina:  Lucky you.  You’ve got a life.  Me?  I've got nothing.  You wanna do something about that?  I’m not getting any younger, you know.


Me:  Cry me a river. I just found a gray hair and I now suspect my life is officially over.  Go away.


Reina:  Buy a box of Sable Brown #150 and throw yourself the world’s biggest pity-party AFTER you’ve written my story.  I’m slated to be the last, best hope for humankind, right?  That’s going to look SO good on me.


Me: Well…eventually this might come about.  Maaaaybe. But first you have to discover that the Christmas spirit didn’t die with your parents, and that the greatest gift--spontaneous, passionate, all-consuming love--can come into your life wearing the face of someone you might not expect.


Reina:  Amscray, Edison.  We’re girl-talking, and you have a penis.  Go bother someone else.


Edison:  Ah, Vedette, you charmer, you.  You thinking about my penis again? 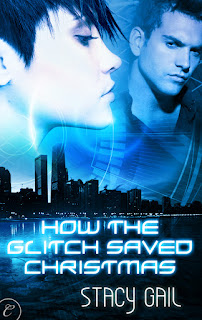 But they don’t stop, of course.  They haven’t stopped squabble-flirting for months.  I’ve had other writing projects ahead of them, with characters who were just as strong, just as vocal.  But always Reina and Edison have been there, hanging out on the fringe and bugging the absolute crap out of me.  They haven't been patient, and they sure as hell haven't been good sports about being put off, so it is with great pleasure (and relief) that I can now proclaim, it’s their turn!  I’m starting them off on their rocky road to Happily Ever After in HOW THE GLITCH SAVED CHRISTMAS, but I have a feeling it’s only the beginning with them.

After all, they haven’t stopped talking to me. ;)


Blurb for HOW THE GLITCH SAVED CHRISTMAS:

Wicke has had his eye on Reina for ages, and as the two of them hunt down the benevolent burglar, they take turns warming each other with body heat in the subzero Chicago winter. Despite professional friction and their opposing views on bod-modding, Reina soon has to admit that she and Wicke are perfect for each other.

But when they track down their philanthropic quarry on Christmas Day, an unexpected glitch in a homemade android brings out Reina's emotional side, and she and Wicke must decide whether love between a Neo-Luddite and a "walking toaster" is a gift that either of them can give.


For a closer look at HOW THE GLITCH SAVED CHRISTMAS and my other upcoming projects published by Carina Press in 2013, please feel free to visit my Pinterest storyboards.