Cover Reveal For WOUNDED ANGEL, Plus An Unofficial Excerpt!

Hey there, sports fans!  Last night in my inbox I found Carina Press's final artwork for my May 27th release, the 3rd book in The Earth Angels series, WOUNDED ANGEL--wheeee!  I was so excited about it, I instantly hopped over to Jigsaw Planet and made a puzzle out of it. (Nerd girl, that’s me, hehe).  To see the latest in The Earth Angels cover, why not check it out, and have some fun to boot?


Annnnd, since I don’t yet have my official ARCs of WA, I’m posting an “unofficial” excerpt!  This scene is one of my faves; it’s from the hero Nate da Luca’s point of view, struggling through a workout session with the heroine, Ella Little.  Nate’s a private investigator who’s been hired to find someone by the name of Gabriella Littlefield, and he thinks Ella might be his target.  But since he’s not sure, he’s hired Ella, a personal trainer, in order to get a closer look at her.  For her part, Ella is a wary, intelligent woman who can spot trouble a mile away.  And right now she clearly has Nate in her sights… 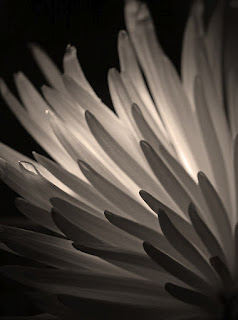 EXCERPT:
What. The. Hell.
Nate ground his teeth, baring them like an animal in pain as he ran up what the machine was telling him was a ten percent incline. Not jogged. Ran. Like his hair was on fire. Like the hounds of hell were nipping at his heels. Like Ella wanted him to die.
The woman was trying to murder him through exercise.
The grade suddenly changed on him, laddering back down to three percent. He nearly fell flat on his face, and he gave serious thought to hitting the kill switch. No harm in giving up, right? Not when he was sure he was about to heave up a lung.
“Three more minutes.” Ella’s voice came from behind him, and in the mirrored wall he could see her past his shoulder, her gaze glued to him as if searching for any sign of weakness. Sheer grit stiffened his spine and he lifted his knees a little higher in renewed effort. There was no way he’d let her get the best of him. Not for another three minutes, anyway.
Wouldn’t she feel bad if he keeled over dead right about now? That’d sure show her.
“You’re almost there.” As she had done countless times in the past half hour, she put a gentle finger on the back of his right hand, which had fallen to grip the handrails. Don’t touch.
Furious with the constant lapse, he concentrated instead on the spot where her fingertip had tapped. It was no bigger than a dime on the back of his hand surface-wise, but its effect was staggering. Like she’d managed to spark a low-level electrical field in that one area, exciting all the nerve endings to jangle out of control until it was as though that one spot was glowing. Maybe that was why he kept using the damned handrail. It was a pathetic excuse to get her to infuse him with a jolt of pleasure in a world that had become filled with a marathon of pain.
“There we go. You made it.” The program shut down, the digital readout going to all zeroes while the treadmill slowed down incrementally into a walk. He kept at it rather than stepping onto the machine’s side rails; no doubt his legs would seize up for all eternity if he came to a full stop. “Congratulations, Nate. You just set The Body Electric record for finishing the Pike’s Peak challenge—basically the equivalent of running up the last three miles of Pike’s Peak—in just under thirty minutes. No one has ever come close to that.”
“Great.” He didn’t take a chance on saying anything more. It would be undignified to throw up on her shoes.
“Here.” At last the treadmill wound down to a stop. To his relief she handed him a fresh bottle of water, as he’d drained the last of his about ten minutes ago. “Keep hydrating. Are you cramping at all?”
“Does my whole body screaming in agony count as a cramp?”
The hint of a smile flashed before she nodded past his shoulder. “I noticed you have some scars on your back. Old injury?”
“Scars? Oh, those.” He shrugged and downed a third of the water while his heart rate slowly eased out of the danger zone. “It was a birth defect my mother insisted had to be corrected when I was an imperfect little newborn.”
“So you don’t have any pre-existing injuries I should know about?”
“No.”
“I know I’ve already asked, but there are no medical conditions holding you back?”
He frowned. Didn’t she just say he’d broken some sort of record? “No.”
“Then I must confess—you have me mystified.”
That lush hint of magnolias drifted through her Chicago accent yet again, almost distracting him from the actual words. “What are you talking about?"
“You just ran up the last three miles of a mountain at top speed and you’re still daisy-fresh enough to have an amiable conversation with me, rather than being passed out on the floor, the way anyone else would be.”
At last the light went on. Whoops. “So I guess this means I’m in pretty good shape, huh?”
“You’re not just in good shape. As far as I can tell, the shape you’re in borders on demigod status. I wouldn’t be at all surprised if you could do the Pike’s Peak challenge all over again.”
Just the thought of it made him want to faint. “No, thank you.”
“The point is that you probably could do it. And that makes me wonder… Why are you really here?"
~~~


Thanks for reading!
For more on WOUNDED ANGEL, please feel free to look through my Pinterest storyboard.