Welp… it’s done.  On February 11th I subbed a manuscript, and on the 12th I started a holiday novella.  I finished it last night, just shy of 35K, and now I have one measly week to polish it to the best of my abilities before subbing it as well.  23 days isn’t the fastest I’ve ever produced a work.  HOW THE GLITCH SAVED CHRISTMAS was done in 18 days, and I’ve written an 80K book (a YA fantasy/romance I haven’t subbed anywhere) in 41 days.  But I do love it when these works just gush out.  It’s like they’re stories that are DEMANDING to be told.

Here’s the premise for my latest project, A CRAVING FOR COOKIES: 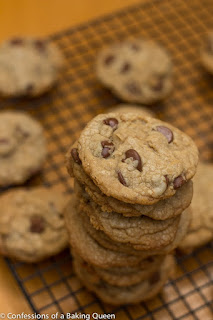 Bitterthorn, Texas might not be big enough for local baker Lucy Crabtree, now that her ex-husband is back in town just in time for Christmas.  From their senior year in high school, she and Sullivan Jax had been virtually inseparable, dreaming of happily-ever-after. Little did Lucy know that when Sully entered the Army Rangers to serve and protect his country, that event would kick off the beginning of the end.


In hindsight, Sully supposed the second tour of duty he’d volunteered for hadn’t been the best idea he’d ever had.  An IED—or improvised explosive device—scrambled his brains and left him finishing up his military tour in various hospitals stateside.  But all things considered, he had it luckier than most.  He was still in one piece and had either relearned or recalled the majority of what his old life had been.  There were only two nagging issues hanging fire—the complete loss of memory when it came to a blue-eyed, smart-mouthed woman everyone said had once been his wife, and an insatiable craving for cookies.


Sully had wanted to do right by Lucy, and insisted on setting her free.  But now that the divorce is final and he’s back in a town so small they have no hope of avoiding each other, his craving for cookies is taking a backseat to his craving for Lucy.  But will the pain of being forgotten and a past he can’t remember keep them apart?  It might take some Christmas magic—and a special cookie—to bring about the happily-ever-after they’d dreamed about so long ago. 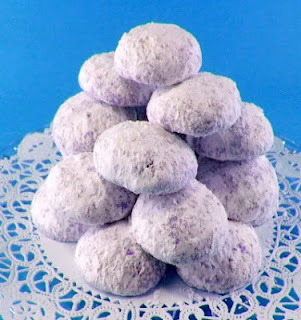 I have no idea if this book will ever get published, but I’m glad I spent 23 days of my life getting to know Lucy and Sully.  I cried myself into a headache several times during this project, so I’m thinking that might be a good sign.  We’ll see.  :)
Posted by Stacy Gail at 10:30 AM