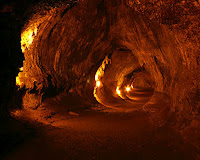 Eep!  The last time I blogged was in December?  REALLY?  Wow, Time flies when you're in the magical Writer's Cave. :/

And make no mistake, I've definitely been writing.  Want proof?  In the past six months I’ve been busily typing my fingers to the bone in order to produce four projects that… *drum roll* have gotten PUBLISHED by Harlequin’s digital-first imprint, CARINA PRESS!

The first project I’m unveiling today is also the first in a paranormal sensual romance series.  It's already through developmental edits, line and copy edits, and the ink is dry on the contract. :)  Ladies and gentlemen, may I present NOBODY’S ANGEL, a 33K novella and opening salvo in the EARTH ANGELS series, scheduled to be released in January, 2013!

When investigative journalist Kendall Glynn moved to San Francisco’s top-rated local TV news station, she’d thought her new workplace was all about reporting the news, not making it. Then their anchorman signed off permanently, attempting a violent murder-suicide while the city watched in horror. The one thing Kendall couldn’t help but notice – aside from the pen sticking out of his jugular – was a cataract-like whiteness veiling his eyes. While no expert, she’d bet her one and only Louis Vuitton purse that he was a man possessed. 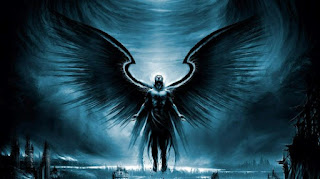 He cloaks himself in shadows, hiding his face behind a mask in the hope he’ll be shielded from the eyes of heaven itself. Born under the curse his family has endured for countless generations, he scours the city for the kind of trouble that could make him as dead as the souls he crosses into the next life.


Trouble finds him in the form of a murderous spirit that isn’t what it appears, and in a woman who’s brave enough to not mind the mask… in or out of bed. The question is, can he find the evil lurking behind the spirit before it – and heaven’s judgment – finds them?

*****
NOBODY'S ANGEL is the first in a 4-part series, with a fifth "satellite" book planned.  The second full-length novel, SAVAGE ANGEL, has also been accepted by Carina Press and just yesterday I sent back the the line edits for that project.  Andrea Kerr, editor for both Harlequin and CP, is the editor for this series, and she is EXTRAORDINARY.  I love how she "gets" the world I've created, and she's as much a stickler when it comes to following this world's rules as I am.  I was pretty proud of how these projects turned out before the editing process, but now that they've been in Andrea's magical hands, I can hardly believe the result.  I can't wait for 2013 to share this series!

*****
To learn more about Nobody's Angel and my other current projects, check out my storyboards on Pinterest:
http://pinterest.com/stacygailauthor/
Posted by Stacy Gail at 1:24 PM No comments: