IF I STAY, by Tamara Morgan, is on sale NOW! 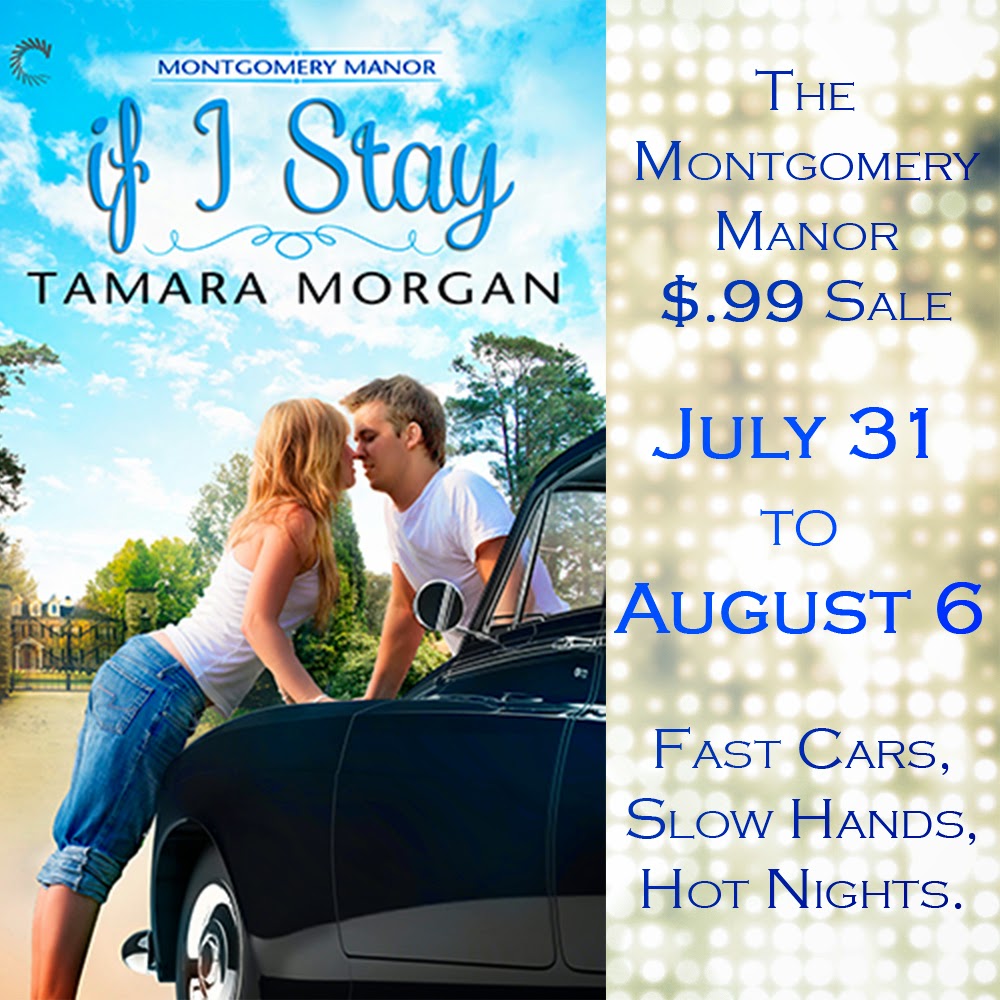 Hey, you! Yeah, you, the good-looking one who's awesome enough to drop into this blog. :D  Guess what? My Carina Press/Samhain buddy, Tamara Morgan just found out she's got a huge sale coming up--woohoo!

IF I STAY is on sale from today until August 6th for only ninety-nine pennies, y'all.  That's it.  Less than a freakin' buck.  In other words...


It's a deal so good it'll make you slap your mama and do the hula.

Question is, why now? IF I STAY is the first book in Tamara's new "Upstairs, Downstairs"-style contemporary romance series, Montgomery Manor, published by Carina.  The second installment, WHEN I FALL, is out August 11th, so it's time to celebrate its imminent release by getting you lovely readers caught up!  IF I STAY will only be on sale for a super-short time, so don't miss out on getting the first book in this fabulous series! 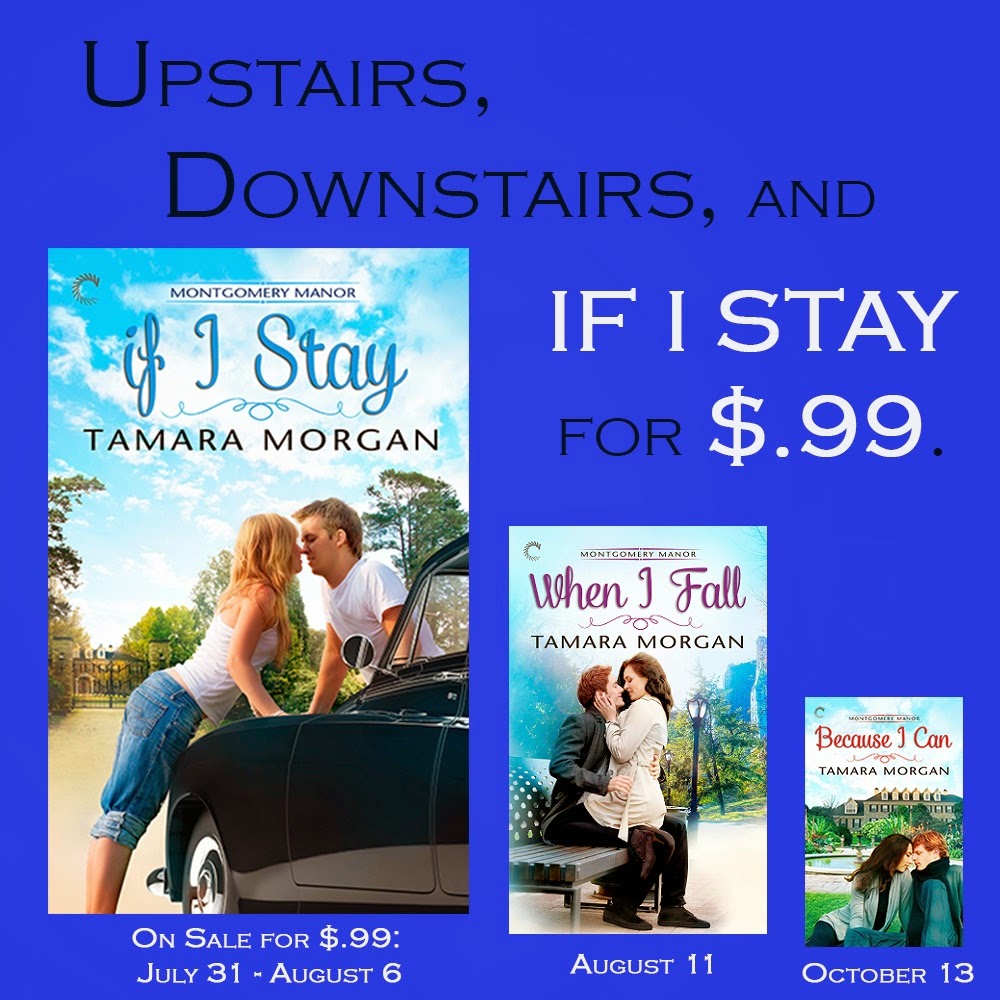 A WEEK FROM TODAY IS THE RELEASE OF ONE HOT SECOND!!!!

Yeah, I’m a little excited about it, heh. ^_^  And I’m looking forward to the blog tour as well, hosted by Debra at Book Enthusiast Promotions! (Side note: Debra drinks awesomesauce every morning with her Wheaties, I'm absolutely sure of it.) I’m giving away a $25 Amazon GC, a $10 Amazon GC and a complete ebook set of the Bitterthorn series from Carina Press. The more you follow along the blog tour, the more chances you have to enter. :) Here’s the schedule:

See you on the bloggy trail! :D 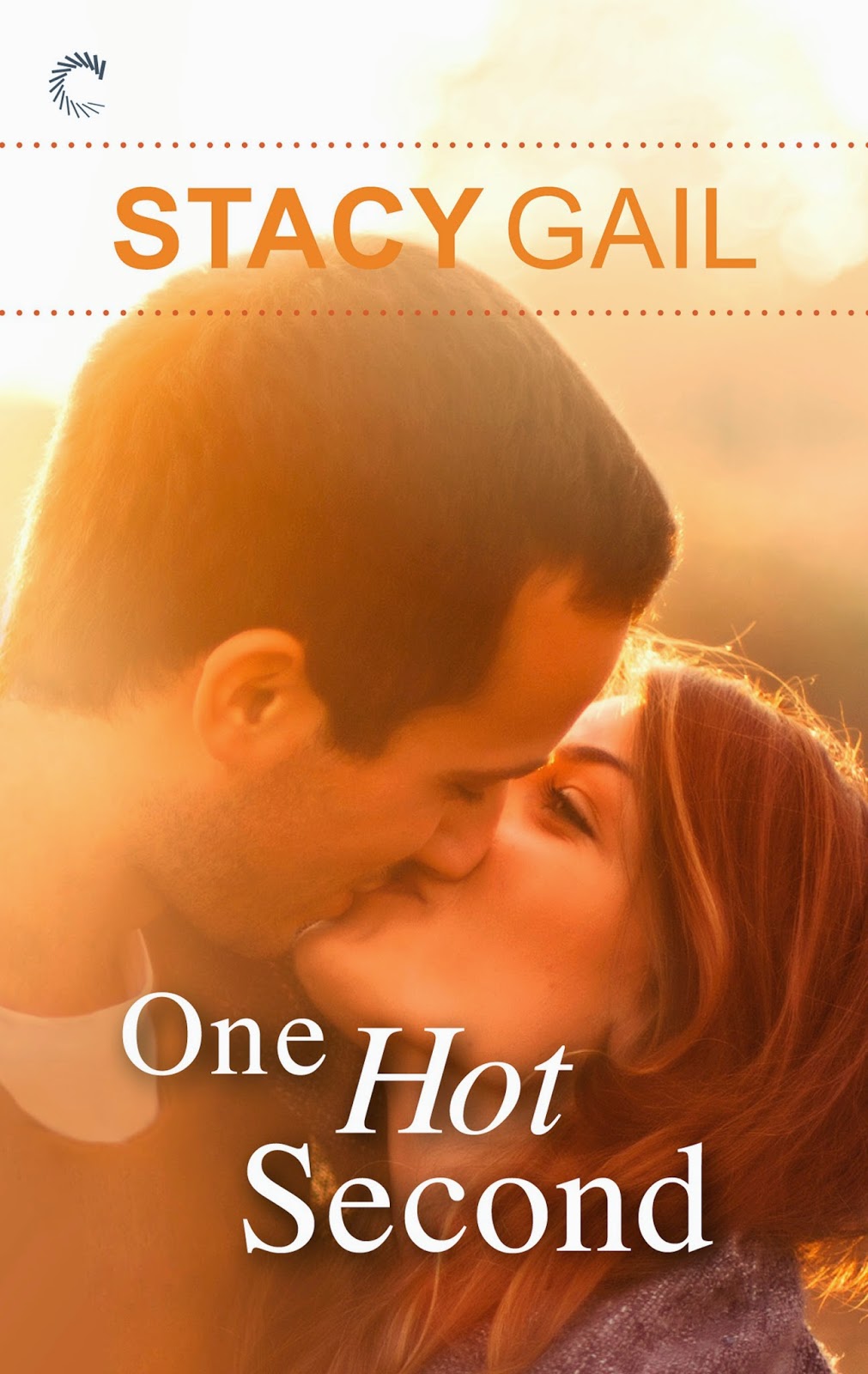 Blurb for ONE HOT SECOND:
Parker Radclyffe is up against a wall. Thorne Mansion, the mysterious Italianate castle she's come to Texas to restore, isn't the problem. No matter how intriguing the relic is, it's merely an ember compared to the blazing magnetism of its owner, Chandler Thorne.

Coe's story has a NEW TITLE!

WHERE THERE’S A WILL

I’m pretty damned pleased with this spiffy new title, because a Last Will and Testament is the reason the heroine, Miranda Brookhaven, is dragged back to Bitterthorn.  Both Miranda and Coe have so much baggage they need a trolley to help cart it around, and all that extra stuff has to do with each other.  Whether they like it or not, this Will is going to force them to deal with their sh!t, and while they’re dealing, they might even scrape together a little happiness. We’ll see. ;)

WHERE THERE’S A WILL is being released in November, by Carina Press.

Unofficial blurb for WHERE THERE’S A WILL:

It’s irrelevant to Miranda that Coe believes her superpower is the ability to hold a grudge. What matters is that he can no longer get under her skin. But as Thanksgiving rolls around, the spirit of the season threatens to open her ferociously closed-off heart. Or maybe it's not the season at all.  Maybe it's Coe, who seems determined to play the role of knight in not-so-shining armor.
Posted by Stacy Gail at 8:35 AM No comments: