UGLY DUCKLINGS FINISH FIRST almost never made it into the hands of an editor.  Why?  Read on...


Over a year ago, Executive Editor of Carina Press, Angela James lamented on Twitter that she hadn’t seen any small town contemporary romances in ages.  At the time, I was slaving away on The Earth Angels, a paranormal miniseries Angela had already picked up and shot off to my latest editor (much love to Andrea Kerr!), so my mind wasn’t anywhere near what she was asking for.  But when I saw this tweet, it stopped me in my tracks.

I actually typed a response tweet that basically yelled, “I VOLUNTEER!”  After all, it just so happened that I had a contemporary romance, UGLY DUCKLINGS FINISH FIRST, sitting in a computer file.  It was exactly what she was asking for--sensual and fun, and set in a small Texas town called Bitterthorn.  The only reason I’d never sent it off was that I felt the market seemed a wee bit soft on contemporary romances that didn’t have a jet-setting billionaire in it. I mean, there are a lot of things in Bitterthorn—sweet tea, block parties with smokers full of turkey legs and brisket, and a ruggedly sexy lawyer who was once voted Most Likely to be Slapped with a Paternity Suit. But no billionaires. (Maybe a millionaire or two, but that’s not the point…)


I erased the tweet before I could send it. I was working to establish myself as a speculative fiction writer (futuristic, paranormal, a planned urban fic series). While writing contemporary romance is second nature to me, I’d made the decision to take my writing in another direction, and I was going to stick with it.  Except… I DID have a manuscript just sitting there.  Seemed like a waste not to do anything with it…


It took me two days to work up the nerve to send off UDFF, and I’m so glad I did. When it got accepted, I wondered why I’d hesitated in the first place.  There's a saying that Angela uses when it comes to reluctant writers: "If I don't see your work, how can I say yes to it?"  I'm still interested in speculative fiction, but this experience has reminded me just how much I love contemporary romance.  I think I'm going to be doing this for a while. :) 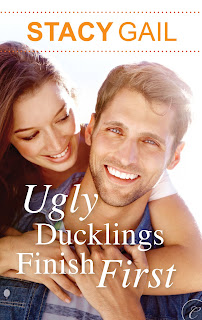 BLURB:
Metal Mouth. Queen Geek. Dr. Payton Pruitt heard it all growing up. But she’s over it, and attending her ten-year high school reunion is the perfect way to prove it to herself. Even if there’s only one person she’s interested in seeing in Bitterthorn, Texas: Wiley Sharpe.